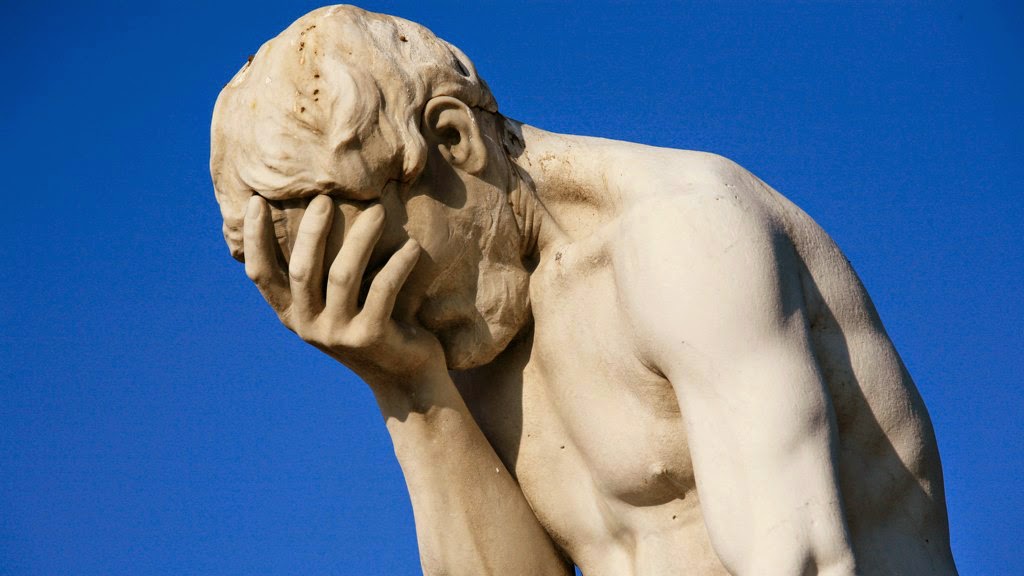 This short blog is an illustration of the contrast between two impulses: the religious and a very ancient one, the tragic. The religious impulse comes from a long and hard look into the depths of the human element – suffering – and in the process of doing so, a divine force is postulated, inferred, invented, or projected.To be religious is to see with the eyes of faith, which is the facility of seeing in the dark. Faith enables groping around in a pitch black universe. Having such eyes leads to the absence of expectation for evidence, assurance, or justification of any sort. The discourse of religion is couched within the interpretation of suffering, which is essentially an anthropomorphic response to what is given and removed in suffering. Since suffering is perceived as a moral outrage, the religious attitude is then conceived or generated as a protest against suffering, a defiance against the violation of life. Religion is the posture of defiance, for it speaks in the name of life and defends against those inimical forces that degrade life.

The theologian Johann Baptist Metz claims that religion speaks of the ex memoria passionis – from the memory of suffering (History & society).

“Every rebellion against suffering is fed by the subversive power of remembered suffering.”

The most powerful images in Judaism and Christianity are those of liberation and injustice; i.e., the Exodus and the Crucifixion. Nonetheless, once religion began to articulate itself in terms of grace that is granted to a ‘chosen people,’ it degenerates into a factional power and morphs into a force of oppression that no longer has a voice of protest. Once religion dumps the impulse for universal liberation, it is no longer for everyone, and declines into a simplistic division between the believer and the infidel.

On the other hand, the impulse of tragedy presents a dramatically different interpretation. For the tragic, suffering is not a violation but a part of life, a moment in the totality of life, part of the whole. Since suffering belongs to life, protesting suffering is to protest life. Life is already conditioned by suffering, and consequently, enriched by it.The religious impulse springs from suffering, not God, and by protesting against its injustice the religious invokes God. While the tragic impulse does not begin with atheism, for it affirms suffering as part and parcel of life, which in turn eliminates God in order to affirm the justice of suffering.

A selective affirmation of life that excludes suffering is similar to taking a vow that takes life for only better but not worse. Affirmation of life is not selective or partial – it affirms the whole, both the pain and pleasure, the midnight and noon of the day. Life is both overcoming and undergoing, and is a constant fluctuation between both extremes. Therefore, affirmation embraces the whole flux without discrimination or exclusion.The greatest Dionysian response to life is amor fati – the love of one’s fate – which does not hierarchizes life into simplistic opposites of higher and lower aspects, for the affirmation of one marginalizes the other.

Life is utterly innocent, and the innocence of becoming entails the innocence of suffering.Religion has divided life into two within a hierarchy that lies between the bearable and the unbearable, the true life and the enemy of life, the guilty and the innocent. Perhaps this is why a wise man once said that the most suffering animal on earth invented for itself – laughter! We have naught else but to laugh at meaninglessness.