Sporadically bursting forth, the floating city crowds maliciously, invading Kaeli’s perspective in a series of quasi-discrete snapshots that capture pastiches of reality, a continual flux – each contradicts the next, yet retain an underlying shimmer of dynamic energy… a chaosmos … the horizon of all horizons, the a priori of all a prioris, what Joyce called a cosmos “at the verge of chaos,” on the brink of an explosion towards non-existence, wavering on the razor’s edge of the abyss… 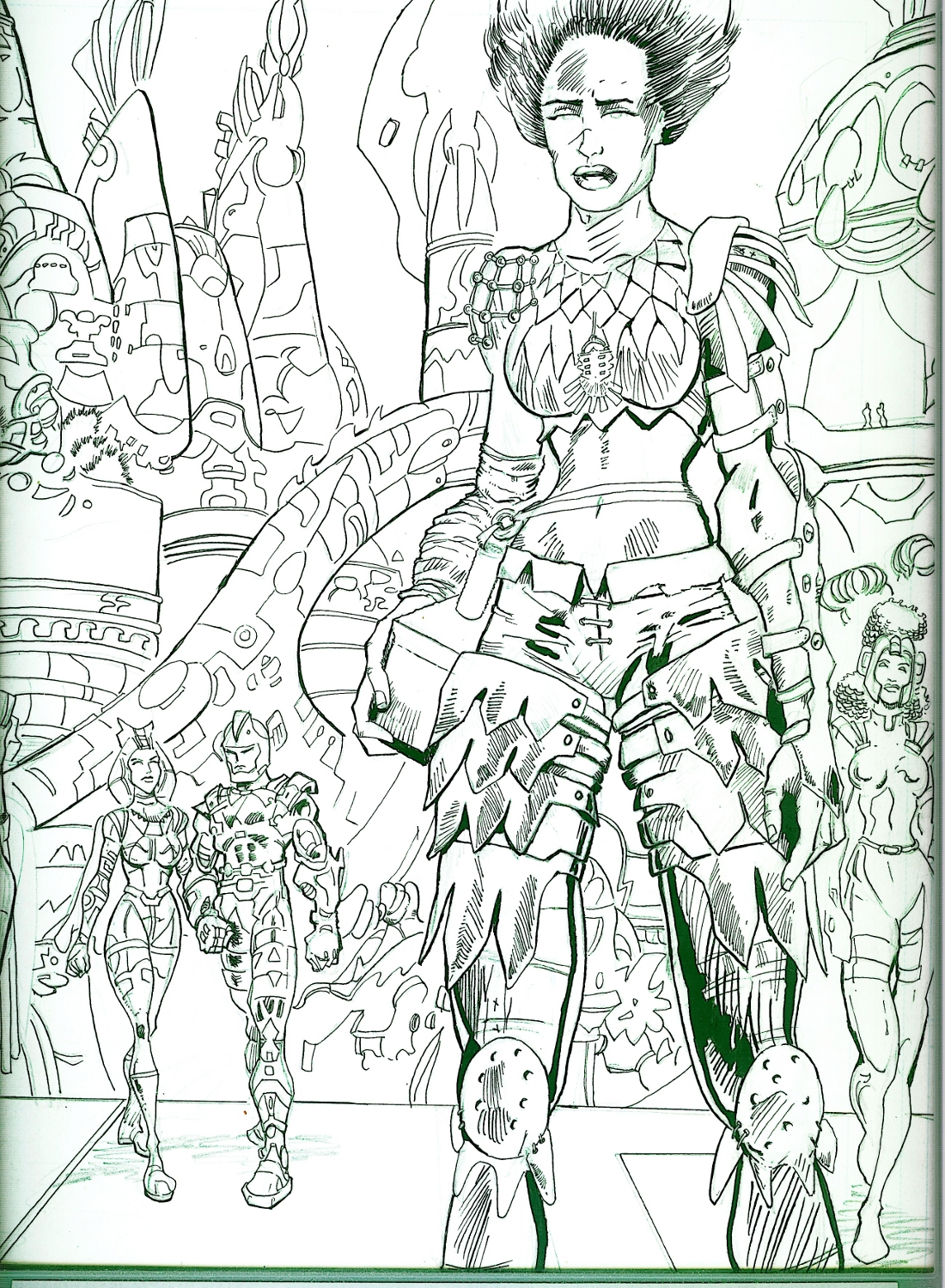 I’ve been slow in updating this blog with my artwork recently but this (filtered with instagram) should tide you over until I finish a couple of projects. In this page Thoth is introducing the city of Gods to the warrior goddess, and then Lakshmi makes her presence known. Click this for an unfiltered version.

Last Sunday, the writers’ club meeting started in identical fashion to the previous one: I arrived first, despite the best efforts of heavy rain and clusterfucked traffic, as well as being 30 miles away. I persuaded the hostess of Fred 62 that the rest of the party was “parking” so she sequestered me at a table in the back, serviced by a winsome waitress in racy stockings. After a few testy exchanges via iPhone, the rest of the gang arrived: Erik & then Bob bringing up the rear. We cut through the fat and through the breakfast dishes like nothing before we got to the meat of the meeting. END_OF_DOCUMENT_TOKEN_TO_BE_REPLACED

Last friday night, January 14th, I had ten of my graphic novel pages exhibited at Gallery Godo in Glendale. The reception went above and beyond my expectations. My family was bursting with pride and joy, and many friends and people from the community attended. The other artists were equally talented in different media. The graphic novel pages were appropriately placed in a row in the hall between the rooms. The narrow hall actually forces the viewer to step closer to observe the intricate detailed work. However, that meant my adoring crowd couldn’t really cluster around the artwork and chat! So many showed up that made others think it was a deaf night or something. Pictures after the jump: END_OF_DOCUMENT_TOKEN_TO_BE_REPLACED

I’ve just upgraded Heterodoxia to the current wordpress version. For your troubles, here’s the cover of the next issue of Macabre Cadaver: 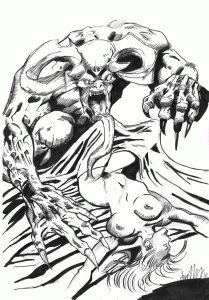 I’m furiously working on the second chapter, and here’s a sneak peek at page 2 from my deviantart account: While watching football, i did this – a possible cover for chapter #4. 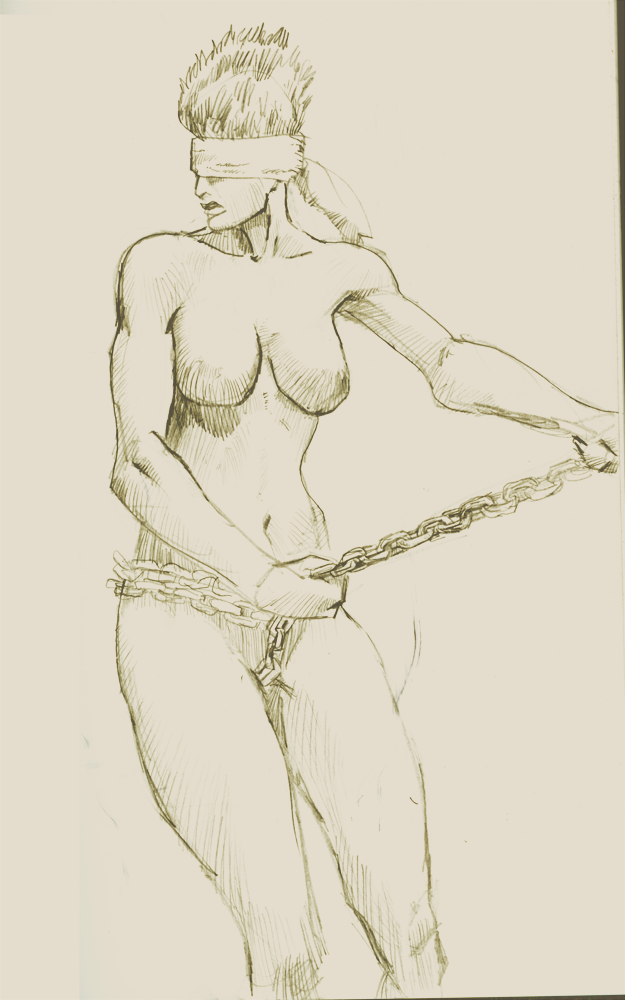 ETA: 2nd sketch. Hopefully this is more to my critic’s liking: 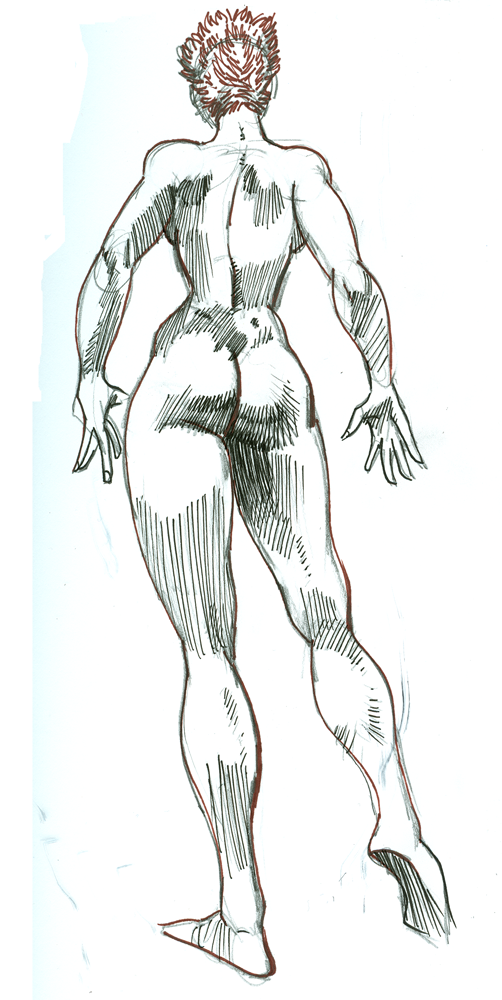 The elder gods are typically radical skeptics & lovers of doubt. Instead of an impetuous glorification of life, these elders have a disillusioned outlook that considers themselves to be superior skeptics and exorcists of all certainty & conviction. Their observations are fueled with the abysmal mechanisms of doubt – an antiseptic that pacifies the spirit and detaches it from any vital stakes. END_OF_DOCUMENT_TOKEN_TO_BE_REPLACED

I’ve been trying to decide on Oracle’s outfit for the 2nd chapter, and here’s a rough b&w sketch: 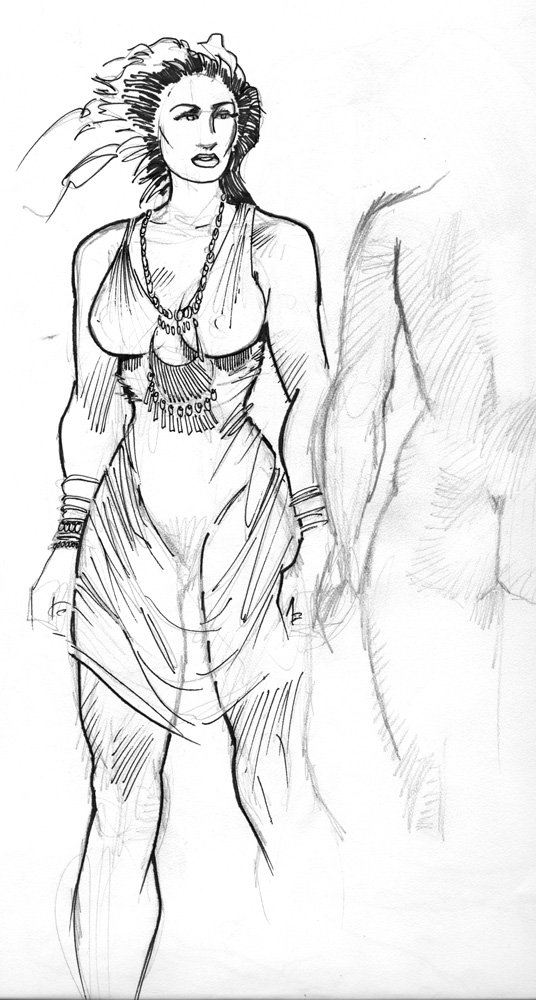