The final episode aired last Saturday, and I finished the original light novel a few days ago. The following are my reflections of the material. Below lurk spoilers. Venture at your own risk!

The entire thrust of the series can be summed up by the following quote by Sartre:

The history of a life, whatever it may be, is a history of failure. (Being and Nothingness, p. 619)

For each major character that represents a certain ideal or a philosophical approach, Fate/Zero demonstrates the futility of ideals in which their consequences are necessarily failures. 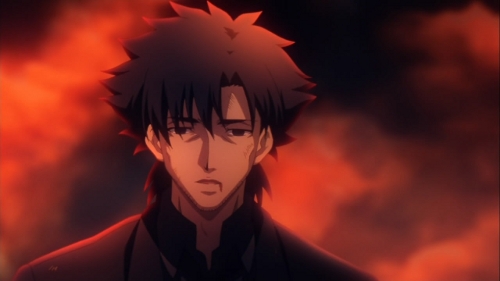 As the major protagonist, Kiritsugu believed in sacrificing anything and everything for the greatest good. Whether it was his father, or his mentor, or even his own wife, the only that mattered was his deep-seated desire for an abstraction — the end of all war, all conflict — the final redemption of all humanity. This accounts for Kiritsugu’s participation in the Holy Grail war, but the corrupt Grail itself exposed Kiritsugu’s utilitarian methods to be self-defeating, because it must be consistently applied until nobody is left alive – except for the utilitarian judge himself. In the end, Kiritsugu emerges from the wreckage as a broken man.

Kirei and joy of pain 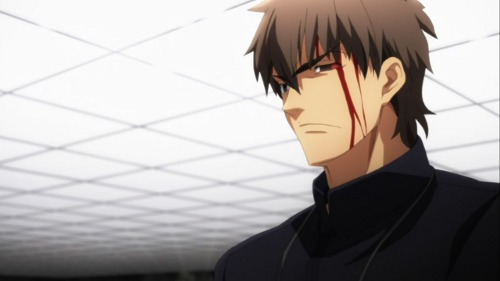 The presumptive villain Kotomine Kirei was initially a loyal, selfless priest who did not truly know himself until the perceptive servant Archer tempted him with the forbidden fruit of joy – the pure, unadulterated joy of others’ pain. Kirei undertook an odyssey of self-discovery that ends in sadism — clearly a parody of the cliched moment of enlightenment in other optimistic stories. 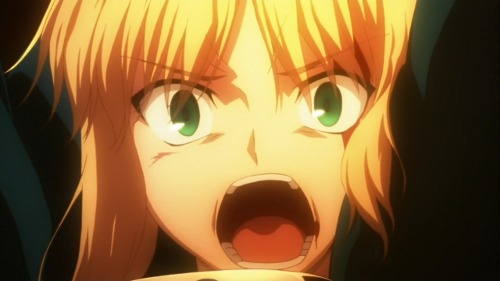 The tragic heroine Saber is a noble character who upheld the code of chivalry, but this very code drove her most loyal knights, allies and country to complete destruction. She desires to undo history and reset it before the Roman Britons lost to the Anglo-Saxons. Her master Kuritsugi orders her, against her wishes, to destroy the Holy Grail, and she returns to the moment of her failure — atop a mound of bodies slaughtered during a battle — a Pyrrhic victory that cost everyone’s lives. 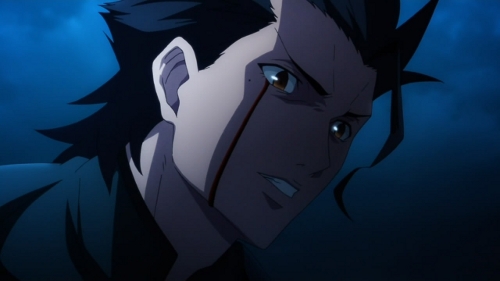 The servant Lancer, during his mortal lifetime, failed his duty by falling in love with the betrothed of his master. As a heroic spirit, Lancer desires nothing but the redemption of his honor – to serve his new master. But the fates are cruel by repeating history, and Lancer fails again, due to a curse that forces women to fall in love with him. This led the wife of his new master to fall for Lancer, and betrayed her husband, destroying everything. 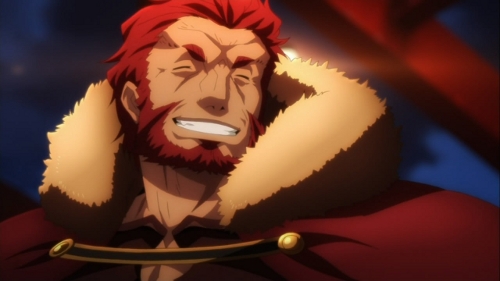 As the exceedingly charismatic king of conquerors, Rider aspired to an impossible dream – seeing Oceanus at the end of the world. He never reached this goal during his lifetime, despite driving his army across the entire civilized world for it, and as a heroic spirit, he falls in the end without ever seeing it. 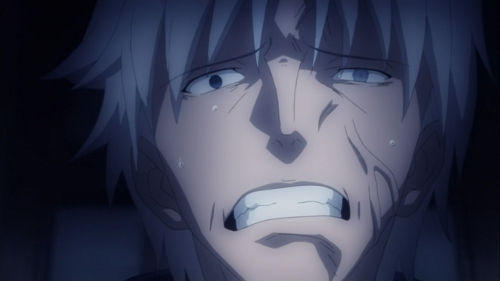 Kariya enters the Holy Grail war for noble reasons – to save the young daughter of a rival master, Tohsaka, and gain revenge on him. But in doing so, Kariya undergoes many changes, many sacrifices until he sinks into madness and ends up crippling the mother of the very daughter he sought to save. His good intentions submarined his participation and ended up destroying himself. 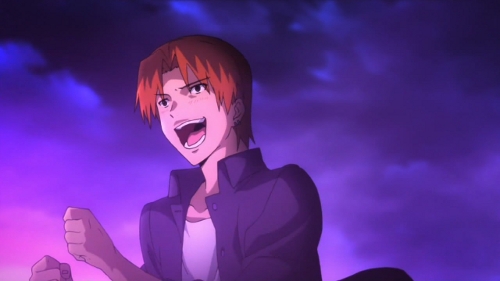 An accidental master who happened to be a serial killer, Ryuunosuke spelled out a nihilistic theology for his servant, Caster: God created everyone for his amusement alone. Ergo, both the master and the servant should continue in their creation of spectacle to amuse this dark, demagogic God.  Despite being eliminated early, these two realized the dark truth of Fate/Zero first. 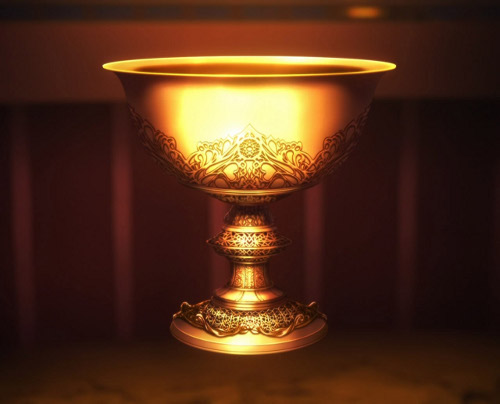 Despite being an omnipotent wish-fulfilling device, the Holy Grailturned out to be the worst possible artifact of power — it could only interpret the hopes or dreams of its possessor in the most horrific manner possible. It had been polluted by some malicious force in previous wars and continues to serve as the punishment for hubristic follies.

Gen Urobuchi as a nihilist

Urobuchi’s bleak portrait of reality is nihilism as a psychological condition, because of two aspects:

life is transient, and the belief that the world has a definite or fundamental purpose ends in disillusionment.

Each character saw the world as a purposeful one, or at least headed towards a goal, and then every event within it has meaning. Once everything has purpose or an ideal that it is headed towards, then the individuals, as the agents of the process, believe life is worthwhile, and they will discover meaning for their lives. But at the end of Fate/Zero, the purpose of life becomes illusory, and the search of meaning is pointless because meaning does not exist, then life loses all color and the vanity of the search corrupts everything. Nietzsche diagnosed this as an extreme nihilism (Will to Power 13, 15).

In the end, what exactly is Fate/Zero‘s grand message? What was the point of refuting each and every character in its arsenal? Was Urobuchi just the mastermind villain that enjoyed crushing his characters under the remorseless heel of an absurd existence? Behind the narrative of Fate/Zero, a leftover stain from Urobuchi’s bootprint, lurks nothing. Just that. Nothing.

8 thoughts on “Fate/Zero and nihilism”