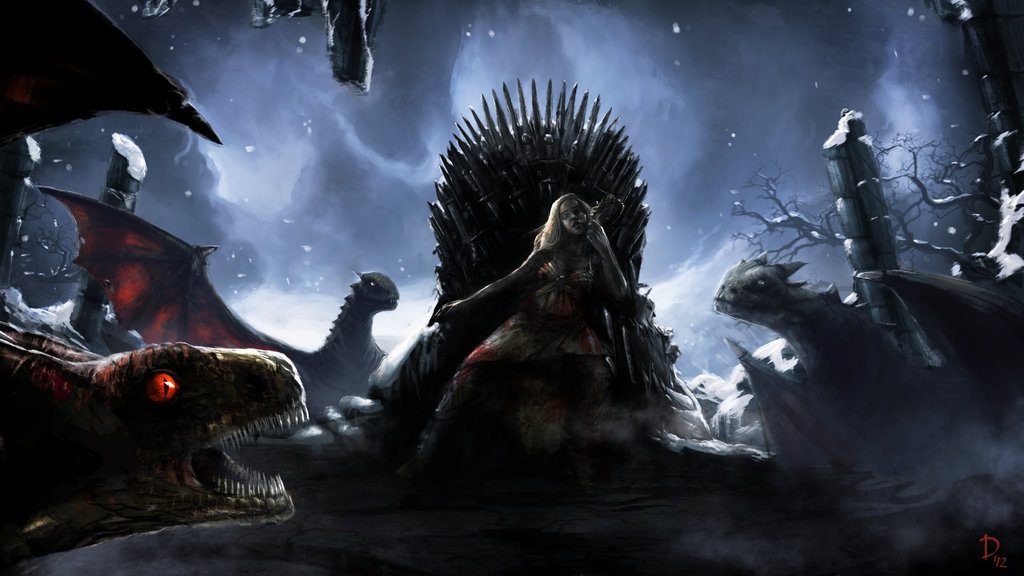 It has been a while since I posted on Game of Thrones, or more accurately, A Song of Ice and Fire. As we start winding down on Martin’s epic, a small but fast growing sector of the fanbase is giving credibility to this notion: Daenerys, the Mother of Dragons (and a bunch of other honorifics) is the true villain of the story. We already have the obvious candidate in the Night King, but recent episodes, as of Episode 6, has Daenerys taking a heel turn in her declaration of conquest. She’s made these claims before, but always with a qualifier – to free the slaves of Slaver’s Bay, to restore her House of Targaryen, etc. Now it’s just strictly conquest for the sake of conquest.

However, despite this new possibility, I suspect it’s more complicated than that. There is no true villain of the story, much like how there’s no such thing as a villain in real life. The reason I think this is the case is due to George Martin’s true goal – subversion. He is more than just a fantasy writer – he writes with a historical angle, as well as a deconstructionist one. On top of the various tropes of heroic fantasy, Martin is also writing with the inspiration from the War of the Roses, which means his epic should be understood as a commentary on history AS fantasy. Martin is more interested in demonstrating how power works in politics, as well as how history is told and then mythologized in a way that reduces the violent, complicated series of events into a linear narrative. What the characters are told and what they eventually find out (Bran’s green-seeing, and Tyrion’s careful sifting of the records) is more indicative than the obvious interlocking of the tropes themselves in Martin’s overarching narration.

If we take the historical backdrop of the War of the Roses as a guideline to the Song of Ice and Fire, then in order to decipher the ultimate endgame, we must look at the result of the history: The Tudor period ended in the reign of Queen Elizabeth I.

If Daenerys is the analogue of Queen Elizabeth, then the endgame of the Song is the unification of all humanity that overcomes the existing politics of discord and elimination of the White Walkers. After all, Elizabeth did institute a Golden Age by reigning for over 40 years, survive the Spanish Armada, and build England from a petty kingdom to a global empire.

However, I suspect A Song of Ice and Fire is no conventional fantasy epic because it is a subversion as well as a deconstruction, which means we should expect nothing but a nihilist ending, that Daenerys’ rule will require brutality and compromise – the very thing she tried to avoid. In order to be a ruler, she will have to move from a conqueror to a morally conflicted ruler in the end. There will never be such a thing as a just rule or ideal society in Martin’s epic.

Moreover, no matter how we construct history, no matter how great our ideals are, or how perfect we build society, there’s only one true power in the universe – death. The very power that is free of the pain of life, always fated to violence and pain. All the existing philosophies in Martin’s epic, as well as our own are all constructions that give meaning to patch over this underlying truth – the void.

The popular thesis that requires mapping a structure with a classic villain on the reality of history is the futile attempt of man, trying to cope with existence. But there is no god of mythology controlling the fate of our characters, ourselves – except the god of nothing.

One thought on “Is Daenerys the Villain of Game of Thrones?”