Among the early Christians in the second century AD, a number of rival churches emerged and developed their theologies. One of the groups called themselves the gnostikoi – the Knowing Ones – people who turned from philosophy to mythology in order to placate their sense of anxiety, a feeling of alienation from the divine.

The teachings of Basilides of from Alexandria and Valentinus inspired many people and attracted an audience. Gnostics, especially the disciples of Valentinus taught that there was the One – unknowable God – bythos, the first Aeon. All other aeons emanated from this unnamable one, an together all aeons made up the Pleroma (fullness) of God. One of the lowest of these aeons was Sophia. 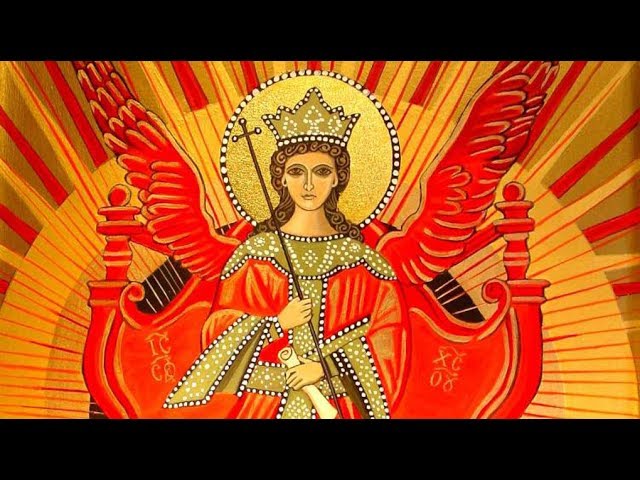 She sought the unknowable one, the source. Initially, Sophia became confused with a point of light, mistaking it to be the source, and moved after it. But the false light was a mirror image, within an abyss, and the journey only takes Sophia further away from her home, pleroma. Upon the realization that she had been deluded, Sophia returned to her home – but at a cost to herself.

Sophia was split into two, where the higher self ascended back to her realm of fullness, her lower half, achamoth (anagram of chokmah, the Hebrew name for wisdom) had a very difficult time, furious and yearned for her old life. Badly distressed, she leaked energy that transforms into the fundamental elements of nature, which was the categories of antiquity: earth water air and fire. Sophia also produced, created or give birth to a quasi-conscious entity, a monstrous being that eventually becomes the Demiurge, aka Ialdaboth, Saclas or Samael, the artificer of the universe. The misbegotten entity created his own kingdom of seven spheres that are ruled by seven archontes of time (ruling over destiny and send spirits to prison). Sophia remained stuck in the 8th sphere.

It is mistaken to conceive of the Demiurge as an evil entity, because gnostic scriptures only characterize this entity as ignorant, that he is completely unaware of the higher levels of reality above him, and is ignorant of the existence of his mother, Sophia. Ergo, creation is a mix of the flawed work of the Demiurge and the celestial wisdom/beauty of Sophia. For the ancient Greeks, Demiurge meant ‘craftsman’ or ‘artisan.’ According to Plato in Timaeus, Demiurge refers to the maker of the universe, who is unreservedly good and intended that the world ought to be as good as possible. The only reason for the inherent flaws is because the Demiurge was limited to pre-exisiting chaotic matter. Ergo, the Demiurge is no omnipotent creator. Early Christian thinkers quickly claimed that this Demiurge meant the pagan philosophers anticipated the God of revealed religion.

The writing of the heresiological church father, Irenaeus elaborates further, that the Demiurge was utterly full of conceit and presumption, believing to be “the only god and there is no other god before/above him.” Then it follows that Sophia inserted her own intentions into the Demiurge’s creation. Some gnostics claim Sophia sent messages through the serpent, and gave human beings gnosis, or knowledge. This angered the Demiurge, who believes himself to be the sole creator. Hence, gnostics see original sin as the original enlightenment.

The Counter-Cardinal Stephan Hoeller says “there is a crack in the world.” The architect of the world/universe wasn’t particularly skillful. Clearly, there were flaws in the blueprint, fissures in the foundation through which we can glimpse the supernal reality. However we must be very attentive because as soon as a crack appears, the opponents of gnosis (enemies of a direct human perception of the true nature of God and man) show up and paper or plaster it over.