This is a brief summary of existential psychoanalysis. Admittedly, Sigmund Freud was ahead of the times, and quite possibly the greatest psychologist of all time (discounting Nietzsche). However, since he was a philosopher of sorts, its only fair to rip his theory philosophically and attempt to demonstrate its absurdity without invoking a strawman.

This was originally written for an aspiring psychologist who had a little too much premature faith in Freud. Since I had already gone through the theory on a philosophical level, heard all the attacks and debates, etc, I decided to bless her with this nugget of a brainfreeze she may not be able to overcome, except through self-deception with willful dogmatism and ostrich-like behavior. The irony is truly rich!
There are two problematic points with psychoanalysis.

It all begins within the ID – the unconscious part of the psyche that contains the instincts, drives that are generated by the individual’s personal history. Freud’s standard complex is the Oedipus where the desire to harm one’s father includes the sexual desire of one’s mother. This complex is in direct contradiction to the norms and standards of modern society. These moral and conventional standards of society are internalized in the human psyche as the superego. However, the unacceptable desires or impulses are repressed by the Censor, which lies between the ID and the Ego (the conscious psyche). The Censor, according to Freud, hides the unacceptable impulses from the conscious part of the psyche. 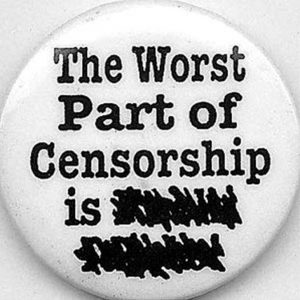 But the Censor cannot always succeed in hiding or suppressing these desires, for they eke out and manifest as different, more acceptable desires. An urge to destroy or violate an object may be interpreted as the manifestation of one’s hidden Oedipal instincts. Since that person does not know the actual reason for his/her behavior, that person will attribute such deviant behavior to other (more superficial) reasons or justifications, and take these reasons to be genuine.

Consequently that person is in self-deception with regards to the actual truth of his/her actions and the actual reason for performing them. The Ego is being deceived by the Id. Yet, the ID cannot be a lying bastard in any conventional sense because it is not conscious. In order to deceive, one must know the truth and then consciously attempt to hide it from the other. Ergo, there is a deception, but no deceiver.

II. During psychoanalysis, the patient will resist when the analyst is ‘getting warm’ or closer to the repressed desires. However, this resistance cannot possibly come from the Ego. Why? The Ego is not in any position to know the truth, nor is it in a better position than the outside observer. So it cannot know at all whether the analyst is getting ‘warm.’ In addition the Ego – the conscious psyche – has no reason to resist since it is part of the search party of the truth.

Nor can the ID be part of the psyche that resists, because its function is to manifest the raw impulses or complexes, bring them to the surface, but the Censor blocks it. Since it is also ‘unconscious’ or ‘subconscious’ the ID cannot be aware of the analyst’s probing actions.

Since it is neither the Ego nor the ID that resists, it must be the Censor. It knows full well what it represses, and whether the analyst is ‘getting warm.’ The Censor must also be conscious of what is being repressed because if it determines which drives/complexes are to be repressed, it must be conscious of which ones. On the level of the censor there is an awareness of what is being hidden, and the proximity of the analyst, plus the resistance of the analyst. Everything that takes place with self-deception is done at the level of the censor. The censor is itself in self-deception.

In Freud’s attempt to account for the duality between the deceiver and the deceived that is necessary for any type of deception, he offered the Id and the Ego as the primary suspects. Yet instead of a successful duality, Freud theory actually has a third and separate consciousness between the Id and the Ego that is in self-deception. Freud’s theory does nothing but pass the buck, for it posits a separate consciousness in self-deception, rife with the very problems psychoanalysis theory was supposed to solve in the first place!