In Saul Bellow’s novel, Seize the Day, the protagonist Tommy Wilhelm remarked that “cynicism was bread and meat to everyone. And irony too. Maybe it couldn’t be helped.” Irony became entrenched in the fifties, where the American economy flourished under the shadow of a potential nuclear war. Once the Cold War and the economic boom ended, the national self-definition was subverted until irony became the cultural currency. While irony served a valuable purpose in the works of great American writers like Barth, Coover, Burroughs, Nabokov and Pynchon, the commercial culture of the US filtered that into the national aesthetic as postmodern irony, resulting in David Letterman, The Simpsons, and rap, among other things.

Irony was a weapon utilized to divide things in order to expose their hypocrisies and duplicities. Do the virtuous always win? Was Ward Cleaver the standard father of the fifties? Suuurrrree. Hence, irony (as well as sarcasm, parody, and absurdism) is an excellent tool to unmask the posture and reveal the ugly reality beneath. But once that’s done, and all the rules of art are exposed, then what? After all the bromides of Americana are exposed as bogus, what then? If we are all Groucho Marx and nobody is left to play the straight man, now what? Irony quickly devolved into an end unto itself – a self-validating tool of hip sophistication and literary savvy.

In the late 80s and the early 90s, marketers attempted to code their campaigns by addressing a single unified group with common interests and backgrounds, and ended up feeding back a Disney-ized version1 of an entire generation to itself. The post-Baby Boom generation had to translate this media saturation into useful information, but because this was impossible, the only possible response was total disdain, or a lazy form of cynicism: an allusive, multi-layered, preemptive, and utterly nihilistic attitude better known as postmodern irony.

The language of hip cynicism in the 90s was a smirking irony drenched in flip nihilism: a get-out clause where we did not have to exert ourselves to do anything we could be proud of – a fail-safe that prevented anyone from setting themselves up for failure. Irony was the fallback for people who did not want to try – instead they stayed in a safe corner and mocked whoever got caught red handed at trying too hard. Irony elevated life as a peep show into an art form where the voyeur became the protagonist and excitement occurred at a distance, with the safe alibi that everything is ironic. With a sneering, world-weary mentality, postmodern irony pre-condemned everything before it could be judged, preferred cleverness over sincerity, quotation over originality, and rejected tradition but never offering a substitute.

If irony, as well as its blunt cousin, sarcasm2, are defenses erected in order to guard the deeper and more vulnerable emotions like hope, then they are not so much as attitude or posture, but the letting go of one. For generation X, the defense mechanism was a diligent apathy that actively refused to care.

Since us Gen-Xers and Millennials have lived through irony for too long, anything sincere we do is actually post-irony, because we cannot escape the knowledge of the ironic and campy values of what we do, even if we do genuinely enjoy it. The new sincerity that developed as a response was merely a self-conscious take on a posture of sincerity – a subtler form of irony.

This painful sincerity has emerged from the current white, liberal and well-meaning culture as an impotent reaction formation against the hyper-cynicism of official capitalist realism. If cynical reason is the official affect, because there is no alternative to neoliberal capitalism, then the only two reactions are post-irony and non-ironic sincerity. As opposed to Generation X, the Millennials became less engaged with the media, because they were more empowered by social media to create it, instead of consuming it passively.

Thanks to the anonymity of the Internet, the paradigm of cynical reason has contorted discourse in new, strange and largely unanticipated direction, resulting in snark and smarm.

Cynics metastasized wit into snark: the ability to ridicule with sheer contempt. Supposedly an elision of two words, snide remark, snark aims at simulating outrage, ennui, disgust, or anything else equally negative. However, snark exceeds contempt – for it is an attitude that dismisses something with wit, rendering the target invalid, as well as elevating the snarker over the snarked.

Thanks to Tom Scocca, smarm can be boiled down to the old adage from Bambi: If you can’t say something nice, don’t say nothing at all. Instead of criticism, smarm offered agreeability, niceties, sugar-coated pabulum, even if it amounted to little more than a “hollow exchange of insincerity.” Smarm is the manifestation of the go-go positivity that is privileged in mainstream American culture.

According to Scocca, smarm is the “assumption of the forms of seriousness… without the substance.” In other words, smarm is the enemy of wit, and the direct opposite of snark. In the end, smarm is used for self-preservation in order to create a safety net for the speaker.

However, Scocca stumbles when he claims that snark is a theory of cynicism. It seems to me that the use of cynical reason only renders snark as a mode, rather than a theory of cynicism. Because snark isn’t about the good of society or the conquest of the target – just merely a tool to help the writer look intelligent or funny.

Moreover, snark is equally as destructive as smarm: where smarm waives the requirement for critical thought, snark equally absolves the requirement to create or accomplish anything. Both functions as poor substitutes for salient thought or engagement.

The cynic is equally capable of employing smarm and snark, and use them cynically. Both modes have become the dominant conversational style, the currency of the people, and this will only continue to mutate. We have slipped from irony and mockery to snark and smarm, thanks to a bottomless public cynicism that is reinforced by a deep seated cynical reason. What? We are all narcissistic lying sons of bitches? Laugh it off, and taunt whoever makes a face. Integrity is for losers – nobody with a brain will be caught dead with that. Of course, excepting the snarky and smarmy, given the depth of their “integrity” by the depth of their cynicism.

Whenever you hear something is the only force that holds the important things to account by keeping bad art or bad business at bay, you’re witnessing cynical reason at work. And unfortunately, no thanks to cynicism, the future lies with something worse than Idiocracy. 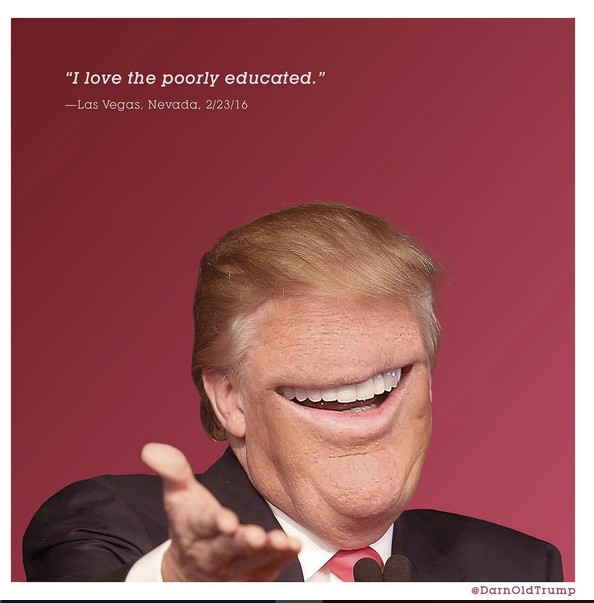 1The creator of Generation X Douglas Coupland was hired to help market The Gap. Prozac was marketed as the happy drug for a new generation of depressives.

2Sarcasm is direct for it means exactly what it says – but in a sharp and cutting way. Sarcasm is the tool of indignation, or a weapon of offense, whereas Irony is a vehicle of wit.