Widespread unrest and insecurity of the time increased accelerated social decay, and by the second half of the 2nd century BCE the credibility of moral traditions and religious beliefs had all but vanished. Hellenistic arts clearly expressed this mood of despair and inevitable catastrophe. For example, the plays of Meander depicted the anarchy of life in Athens, exposing it as vapid and decadent.

Sculpture was another medium that poignantly revealed Hellenistic angst. Laocoon expressed intense agony as a father and sons are about to be crushed to death by gigantic sea snakes. 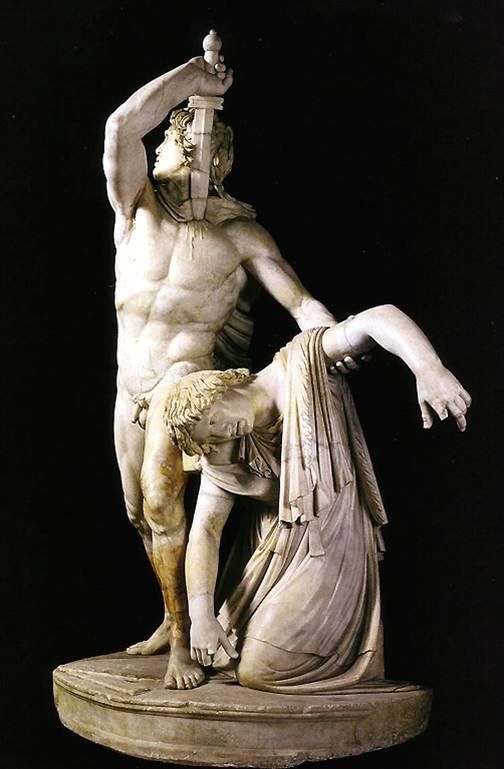 Dying Gaul and Wife has a warrior stabbing himself while holding his wife who he just murdered. Both brilliant sculptures captured shocking representations of pain, grief and wretched horror.

But my favorite image was the violently writhing figures of the Battle of the Gods and Giants on Zeus’ altar at Pergamon. 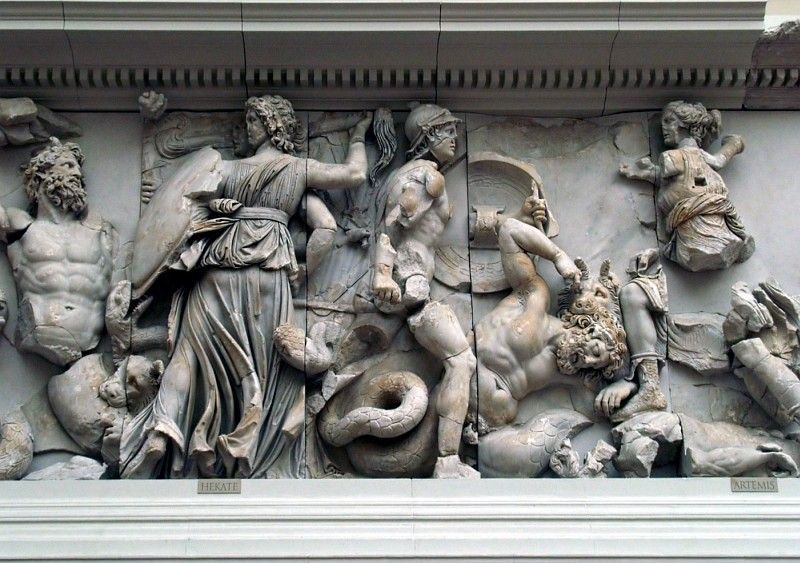 This gigantic frieze communicates less about religious convictions than it does about existential dread. The gods themselves stare helplessly into the void.

Equally dark reflections are also found in the Hellenistic philosophies. Obsessed with the origins and scope of knowledge, philosophers fruitlessly sought for metaphysical foundations. Such uncertainty motivated some of the most sophisticated philosophical work of the times and the Skeptics obsessively refined the arguments of their forerunners. They thought that since the senses were unreliable, then absolutely nothing can be assumed with certainty. Therefore there were little to no evidence that any knowledge was possible. During this period, the Academy, once the glorious bastion of Platonic idealism, lost its nerve and capitulated with a curriculum of radical skepticism.

In their search for secure foundations, the ancient Skeptics incontrovertibly reached a type of extreme uncertainty that cultivated nihilism. For instance, Pyrrho and his student Timon became living examples of total doubt. In a similar fashion, the Cyrenaics’ radical hedonism was the product of a deep seated pessimism, as was Diogenes’ repudiation of almost everyone and everything.

Pessimism reached its nadir with the nihilist Hegesias, who abhorred the entire cosmos. He concluded that because miseries vastly outnumber pleasures, happiness is impossible & eloquently advocated for suicide. Never before in history had a people challenged their values so profoundly or cultivated such a wretched view of life. These attitudes, coupled with unbridled social deterioration, have led historians to conclude that the Hellenistic world best resembles our own.

Chapter 1: In the Beginning… there was Nothing.